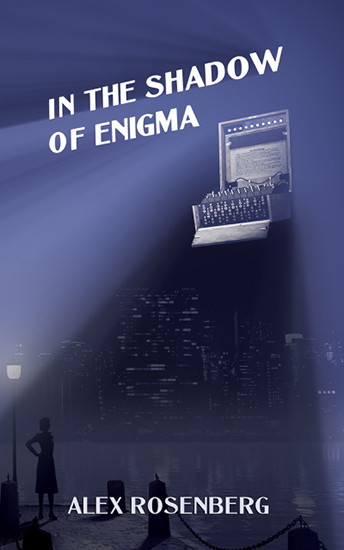 In the Shadow of Enigma

A stand-alone sequel to The Girl from Krakow, the best-selling novel of the ‘30s and the war in Europe.

The War’s Greatest Secret stalks the woman who bears it across three continents and 20 years.

The only second world war secret not revealed soon thereafter was that the western Allies had broken the German Enigma codes. This secret was kept for 30 years after the war. This sequel to The Girl from Krakow follows the trajectory of how knowing this secret changes the lives of four people, Rita Feuerstahl, who learned of it in a wartime Polish Ghetto, Gil Romero, her prewar lover with whom she reunites after the war, Otto Schulke, the former Gestapo detective who has suspected Rita’s secret all along, and Rita’s infant son Stefan, smuggled from the Ghetto and lost in the war’s turmoil. Spanning post war Europe, Australia and the US, all the threads come together as Soviet and West German agents converge on New York in the midst of the Cuban Missile crisis of 1962. 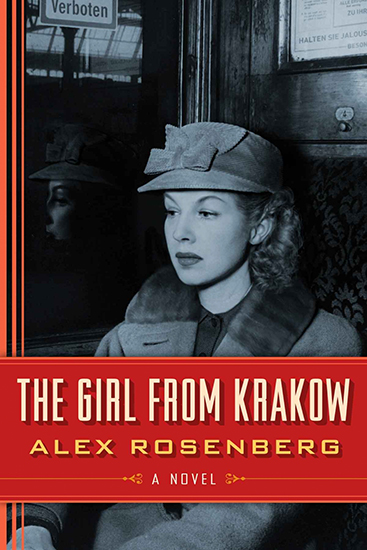 The Girl from Krakow

It’s 1935. Rita Feuerstahl comes to the university in Krakow intent on enjoying her freedom. But life has other things in store—marriage, a love affair, a child, all in the shadows of the oncoming war. When the war arrives, Rita is armed with a secret so enormous that it could cost the Allies everything, even as it gives her the will to live. She must find a way both to keep her secret and to survive amid the chaos of Europe at war. Living by her wits among the Germans as their conquests turn to defeat, she seeks a way to prevent the inevitable doom of Nazism from making her one of its last victims. Can her passion and resolve outlast the most powerful evil that Europe has ever seen? In an epic saga that spans from Paris in the ’30s and Spain’s Civil War to Moscow, Warsaw, and the heart of Nazi Germany, The Girl from Krakow follows one woman’s battle for survival as entire nations are torn apart, never to be the same.

Book Club Questions
AmazonBarnes & NobleBookshop
“A sweeping novel encompassing 1930s Paris, the slums of Krakow, war-torn Spain, and Nazi-occupied Germany, The Girl from Krakow follows Rita Feuerstahl through good times and bad…. Delicate issues and situations are faced head-on and unapologetically. Fans of historical fiction will enjoy Rosenberg’s story of reinvention, self-discovery, the power of personal connections, and the kindness of strangers.”
—Booklist
“A page-turner with a focus on how ordinary people cope when trapped in totalitarian systems… vividly brings to life what it might have felt like, day to day, to navigate this distorted world. Combined with its strong characters, Rosenberg’s novel is a winner.”
—Publishers Weekly 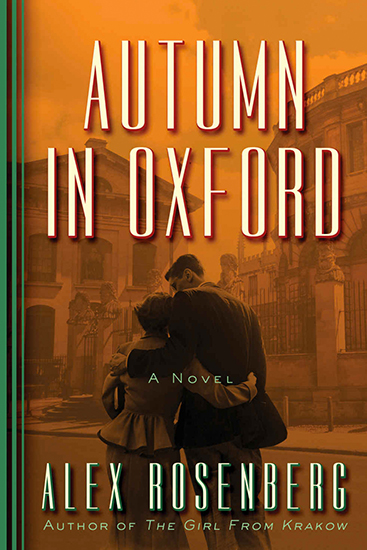 After being blacklisted for having communist sympathies as a student twenty years before, Pulitzer Prize–winning historian Tom Wrought escapes America’s Cold War climate to teach at Oxford. There, he falls in love with Liz Spencer, a beautiful married woman. When Liz’s husband is pushed in front of a train in the London Underground, Tom is immediately arrested for the murder. Scotland Yard is convinced it has its man, as he had means, motive, and opportunity. Certain of his innocence, Liz hires a young solicitor, Alice Silverstone, to defend Tom. But they discover that Tom’s former secret work as an American spy made him a number of powerful enemies. Russian intelligence, British counterespionage, and even the FBI all may have reason to frame him. If Liz and Alice can find out who is behind the murder, they stand a chance of freeing Tom, but doing so puts all their lives at risk.

AmazonBarnes & NobleBookshop
“A poignant love story and a suspenseful thriller.”
—Historical Novel Society
“In Autumn in Oxford, author Alex Rosenberg crafts a deliberately plotted thriller that is riveting from start to finish.”
—A Book a Week
“Cold War history buffs will find this novel a dream come true.”
—Building Bookshelves 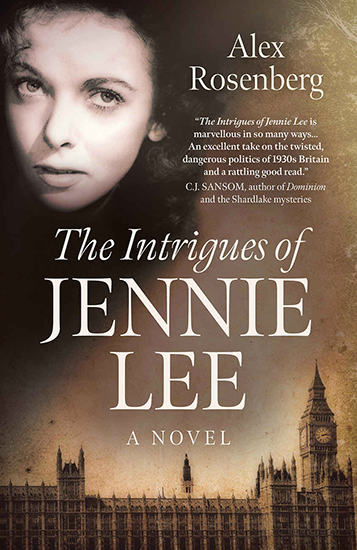 The Intrigues of Jennie Lee

A gripping and evocative story of love, politics, betrayal and bravery, which reimagines events of the interwar years. Jennie Lee was elected to parliament aged just twenty-four, five years too young even to vote in 1929 Britain. From the Labour backbenches, she hurled barbs and bolts of thunder at the likes of Winston Churchill, Lady Astor, even her own party’s Prime Minister, Ramsay McDonald. The novel intertwines real events with a personal story involving Elizabeth Bowes-Lyons, the future Queen Mother; the womanizing fascist Oswald Mosley; the Great War prime minister Lloyd-George; and the radical Labour MP Aneurin Bevan. A series of political and intimate intrigues turn history into thriller when Jennie has the chance to radically change the course of history for Britain, Europe and the world.

“A historical tale that reimagines European politics between the world wars. [Rosenberg] expertly weaves Jennie’s tenacity in the political sphere with her romantic life over the course of the novel.”
—Kirkus Reviews

“The character of Jennie Lee is… compelling. Her bold, brave, and straight forward personality really set her up to take the center stage of this story. Making and breaking of alliances, royal interference, fascism and treachery—this is undoubtedly a very compelling read.”
—The Online Book Club
“Exceptional storytelling is ever-present in this continuously involving tale of historical fiction. Filled with famous characters such as Lady Astor, Winston Churchill, Lloyd George, Walter Reuther, and more, the novel sweeps readers into a world of hidden agendas, secret betrayals, public posturing, and private assignations that made up British politics in the late 1920s and early 1930s.”
—Joe Kilgore, US Review of Books
We use cookies to ensure that we give you the best experience on our website. If you continue to use this site we will assume that you are happy with it.OK